Henry VII saw the need to expand the “crown’s fiscal authority….”  He felt that political problems came “from the crown’s financial weaknesses.  He saw stability resting on a solvent and secure king” (Jones 89).  Perhaps he carried his avariciousness too far but “the very quality, the excess of which became a matter of severe and deserved reproach to him, added, at first, materially to secure him in the possession of the Crown” (Bergenroth 53).

Gaining the throne did not mean security and Henry became “obsessed by the equation of security and money” (Penn 155). He spent time checking accounting entries, acquiring a “conspicuous talent for heaping up wealth” (Perry Sisters 17).  He personally wrote up sources of revenue and oversaw his financial administrators. Penn reveals that this was “…a king with a complex, all-consuming obsession with the control, influence and power that money represented, both at home and abroad” (Penn 156).  Henry’s policies were to ensure that wealth was directed towards the Crown as much as possible. 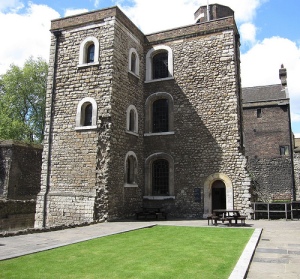 “He valued money only for money’s worth; and to him a large reserve was a great guarantee for peace and security” (Gairdner 209).  It was further reported that close to his death “he recommended his son and successor to pursue the same policy as himself.  By preserving friendship with France and amassing money he told him that he would be best able to preserve his kingdom in peace and break the power of faction if it ever became dangerous” (Gairdner 215).  Henry did pursue peace with France.  He also dealt with faction successfully. As the envoy, Don Pedro de Ayala of Spain, said: “The King of England is less rich than generally said. He likes to be thought very rich because such a belief is advantageous to him in many respects.  The King himself said to me that it is his intention to keep his subjects low, because riches would only make them haughty…” (Hutchinson 41).

Alas, his son did not follow these two policy suggestions as history reveals to us. Henry VIII conducted costly wars with France and rapidly used up the treasury.  It was left to Henry VII’s granddaughter Elizabeth to act upon his advice.

Peace meant a great deal to Elizabeth.  “She had no lust for glory at the cost of her own ruin, commercial and industrial stagnation, and social distress” (Neale 298).  She lamented over the waste of war.  “It is a sieve that spends as it receives to little purpose” (Crawford).  Elizabeth kept finances into account when creating foreign policy.  She knew too well that interventionist and expansionist policies cost too much money.

Elizabeth was notoriously frugal and her “stringent economies effected soon after her accession…” and her “prudent financial management” (Somerset 281) allowed for her to escape true money worries. Her parsimony was even defended by Burghley.  “To spend in time convenient is wisdom; to continue charges without needful cause bringeth repentance” (Perry Words of a Prince 287).

By 1571-72 her finances were in pretty good shape.  Elizabeth was praised by her Lord Keeper Nicholas Bacon who said that in the past there had been money wasted but in the twelve years of Elizabeth’s reign the expenditures were those:

“…that hath not been thought before convenient to be done for the Weal and profit of the Realm; so far her highness is from spending of Treasure in vain matters, and therefore the rather how can a man make any difficulty to contribute according to his Power?”  (D’Ewes 139).

This is true as nothing was done for glory alone.  She did it to preserve the realm.  Any burden was from a policy that showed “an abstemious royal economy in domestic expenditure and a strictly defensive foreign policy” (McCaffrey 384). 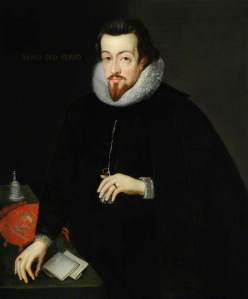 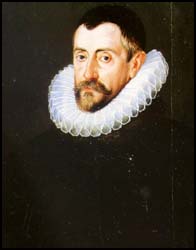 She tried hard to ensure that her people would not “groan under the burden of continual levies and impositions” (Somerset 547).  Yet, near the end of her reign when expenses in defense were creating hardships, Robert Cecil warned a courtier seeking office, “Her majesty’s mind is not so apt to give as before her wars…” (Morrill 346).  It is clear that keeping peace at home and engaging in foreign conflicts was not going to keep the coffers full.  It is not the purpose here to go into the Essex rebellion, yet it can be used as an example of how the money situation had deteriorated so that the fabric of the Court was unraveling.  The discontent was from the retrenchment that was taking place.  Ironically, as Elizabeth was securing the country from external threats, it was internal security which was weakened. Despite [as reported by Philip Sydney] Walsingham’s, complaint that Elizabeth would not increase her expenditure on international intrigue as she “greatly presumeth on fortune which is but a very weak foundation to build upon” both domestically and internationally, Elizabeth prevailed (Worden ).

What Elizabeth achieved in maintaining solvency and concord was extraordinary. Applying the financial judiciousness and preference for peace she had inherited from Henry VII, Elizabeth ensured that England, not a great power with great wealth, was safe and secure.

Bergenroth, G. A., and, Pascual De. Gayangos. Calendar of Letters,     Dispatches and State Papers, Relating to the Negotiations between England and Spain, Preserved in the Archives at Simancas and Elsewhere: Published by the Authority of the Lords Commissioners of Her Majesty’s Treasury under the Direction of the Master of the Rolls. Henry VII 1485 – 1509. ed. Vol. 1. London: Longman, Green, Longman and Roberts, 1862. Google Books. Web. 26 Nov. 2012.

D’Ewes, Simonds, and Paul Bowes. The Journals of All the Parliaments during the Reign of Queen Elizabeth Both of the House of Lords and House of Commons.
London: Printed for John Starkey …, 1682. Google Books. Web. 5 Jan. 2013.

Perry, Maria.  The Word of a Prince: A Life of Elizabeth from Contemporary
Documents.  Woodbridge, Suffolk: The Boydell Press, 1990.  Print.