Eat, Drink and Be Moderate

We all have the image of Henry VIII as a man who did nothing in moderation, especially eating and drinking.  The last suit of armor that was created for him in the later years of his reign shows a waist measuring 52 inches and his chest at 53 inches. Contrast Henry VIII’s  measurements to the physical appearance, obviously maintained from moderation, of his father and daughter.

Although Edward Hall, a contemporary of Henry VII, was not using the following to describe Henry and his eating habits, the words could certainly apply. “Surely, this good & modest prince did not deuoure cosume y substance & ryches of his realme…” (Hall 505). Although there are not reams of written documentation of Henry VII being moderate in his consumption the evidence rests in his portraits and the few descriptions of his physical appearance.

Hall wrote “He [Henry] was a man of body but leane and spare, albeit mighty and stronge therwith, of personage and stature, somewhat hygher then the meane sorte of men be, of a wonderfull beutye and fayre complexion, of countenaunce mery and smylyng especially in his communicacion, hys eyes graye, his teethe syngle, and heare thynne…” (Hall 504).

Halll’s description of Henry VII was certainly seconded by Polydore Vergil an Italian priest who was commissioned by Henry VII to write a history of Britain.  In that history, Anglica Historia, Henry was described: “Statura, quae parum iustam excederet, forma exima, vultu praesertim in sermone hilari, oculis glaucis, dentibus raris, capillo etiam raro…”  The translation is provided: “His body was slender but strong and solid, a little above average in height. His appearance was handsome, particularly when his expression was happy in conversation. He had blue eyes, few teeth, and sparse hair…” (Vergil). 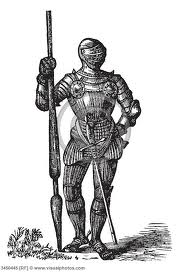 If we examine several contemporary descriptions given throughout Elizabeth’s adult life we can see little change in her appearance. In a report back to Venice the ambassador, Giovanni Michiel, stated in May of 1557 Elizabeth “nel 1533, del mese di settembre, onde viene ad essere al presente di venti tre anni, giovane tenuta non manco bella d’animo, che sia di corpo, ancora che di faccia si può dire che sia piuttosto graziosa che bella; ma della persona ѐ grande e ben formata, di bella carne, ancorchѐ olivastra, begli occhi e sopra tutto bella mano, della quale ne fa professione” (Albèri 13).  This has been translated as follows, Elizabeth “was born in September 1533, so she is now 23 years old. She is a young woman, whose mind is considered no less excellent than her person, although her face is comely rather than handsome, but she is tall and well formed, with a good skin, although swarthy; she has fine eyes and above all a beautiful hand of which she makes a display” (Brown, Rawdon).  From gloves owned by her we have evidence of her exceptionally long fingers, which she was immensely proud of as they take pride of place in many portraits.  Her height is likely to have been between 5’ 3” and 5’ 5” and at the age of 64 she was declared to be “very strongly built” (Brown, Horatio).

If we examine several contemporary descriptions given throughout Elizabeth’s adult life, we can see little change in her appearance. In a report back to Venice the ambassador, Giovanni Michiel, stated in May of 1557: “My Lady Elizabeth was born in September 1533, so she is now 23 years old. She is a young woman, whose mind is considered no less excellent (bello) than her person, although her face is comely (gratiosa) rather than handsome, but she is tall and well formed, with a good skin, although swarthy (ancorchè olivastra); she has fine eyes and above all a beautiful hand of which she makes a display (della quale ne fa professione)” (Brown, Rawdon).  From gloves owned by her we have evidence of her exceptionally long fingers, which she was immensely proud of as they take pride of place in many portraits.  Her height is likely to have been between 5’ 3” and 5’ 5” and at the age of 64 she was declared to be “very strongly built” (Brown, Horatio).

As Queen we learn from Sir Francis Bacon that “she was tall of stature, of comely limbs, and excellent feature in her countenance; Majesty sate under the veil of sweetness, and her health was sound and prosperous” (Nicholas xiii). Thomas Fuller seconded these views commenting, “She was of person tall, of hair and complexion fair, well favoured, but high nosed; of limbs and feature, neat; of a stately and majestic deportment” (Fuller 255-256).

Not to be outdone, John Hayward gave an extensive description: “Shee was a Lady, upon whom nature had bestowed, and well-placed, many of her fairest favores; of stature meane, slender, straight, and amiably composed; of such state in her carriage, as every motione of her seemed to beare majesty; her haire was inclined to pale yellow, her forehead large and faire, a semmeing sete for princely grace; her eyes lively and sweete, but short-sighted; her nose somewhat rising in the middest; the whole compasse of her countenance somewhat long, but yet of admirable beauty, not so much in that which is tearmed the flower of youth, as in a most delightfull compositione of majesty and modesty in equall mixture” (Hayward 7).

In his book, A Journey into England, Paul Hentzner (sometimes referred to as Heutzner) wrote of seeing the Queen at Greenwich when she was age 65: “her face is oblong, fair but wrinkled; her eyes small, yet black and pleasant; her nose a little hooked; her lips narrow, and her teeth black; (a defect the English seem subject to from their too great use of sugar) …” (Hentzner 26).

Sugar appears to be the only edible that Elizabeth Regina consumed beyond moderation.  Elizabeth “at least in adult life, ate lightly, and there is no evidence of her over indulgence in childhood” (Erickson 45).  “For her private pleasures she used them moderately and warily, without touch to her reputation or offense to her people. She was in her diet very temperate, as eating but a few kinds of meat and those not compounded; the wine she drank was mingled with water, containing three parts more in quantity than the wine itself. Precise hours of refection she observed not, as never eating but when her appetite required it” (Robinson 192-193). She “habitually eschewed rich food” (Somerset 350) and during her visit to Kenilworth in 1575 it was reported that “Her Majesty eat smally or nothing” (Nicholas 456).

“In life, shee was most innocent; in desire, moderate” (Hayward 7) and “did beare herself moderately and respectively to all…” (Hayward 9). This moderation led Thomas Fuller to declare that “By her temperance she improved that stock of health which nature bestowed on her…”(Fuller 254).

Her natural physique certainly seems to have come to her from her grandfather. Besides having both been described as abstentious in eat and drink, Henry VII and Elizabeth shared many common physical characteristics.  They were tall, slender and strong. Both showed the presence of dental troubles and thinning hair.  Each was proclaimed to have a happy expression and contemporaries readily proclaimed them handsome. As the rulers they were, Henry VII and Elizabeth Regina comported themselves in the majestic manner befitting regal personages. 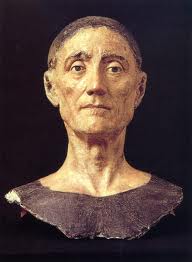 Hall, Edward, Henry Ellis, and Richard Grafton. Hall’s Chronicle; Containing the History of England, during the Reign of Henry the Fourth, and the Succeeding Monarchs, to the End of the Reign of Henry the Eighth, in Which Are Particularly Described the Manners and Customs of Those Periods. London: Printed for J. Johnson and J. Rivington; T. Payne; WIlkie and Robinson; Longman, Hurst, Rees and Orme; Cadell and Davies; and J. Mawman, 1809. Archive.org. Web. 2 Jan. 2013.

Hayward, John, and John Bruce. Annals of the First Four Years of the Reign of Queen Elizabeth. London: Printed for the Camden Society by J.B. Nichols and Son, 1840. Google Books. Web. 19 Jan. 2013.