Although as Queen, Anne expected strict moral behavior from her women and was well known for performing charitable works — even making garments for the poor herself, she could never overcome the reputation of a calculating flirt.

Anne played the game.  She became the “finished coquette, playing fast and loose, hot and cold, as Henry appeared more or less urgent and enamored.”  She also encouraged the addresses of Wyatt and “inflamed Henry’s passions to the height of jealous fury” (Herbert, Henry 340).  Anne was indeed playing with fire as most of her contemporaries would not have appreciated nor accepted the idea of a young, unmarried girl flirting with married men.  She was tarnishing her reputation to such a degree that in 1536 it was easy for most people to accept her guilty of the licentious behavior she was accused of committing.  Many never questioned it because she had spent her formative years in France and everyone knew what had happened there. When she was “sent to France; where also she behav’d her self so licentiously, that she was vulgarly call’d the Hackney of England, till being adopted to that Kings Familiarity, she was termed his mule” (Herbert, Edward 286-287). 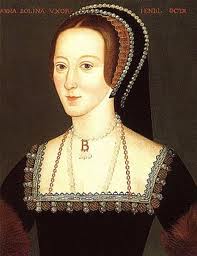 Upon her return from France, Lord Percy expressed an interest in Anne “but Misstris Bolen, whether she were ignorant, as yet, how much the King loved her, or howsoever had rather be that Lords Wife, than a Kings Misstris, took very ill of the Cardinal this his unreasonable Interruption of her Marriage” (Herbert, Edward 286).  Therefore, Anne was all set to marry Henry Percy but for the intervention of Cardinal Wolsey whom she never did forget nor forgive.

Why would she not have preferred to be the wife of Lord Percy or any other gentlemen rather than the King’s mistress? This blogger must concede that from the time period in which she lived, Anne relinquishing her honor to Henry before their marriage would have been viewed as wanton. Even her Protestant supporters would have been shocked by her behavior.  We can surmise that Anne did not spend six years balancing the King’s passion for her with her chastity to casually surrender one of her most valuable assets.  She has been defended that “up to this time, Anne’s conduct was irreproachable, and it is unmanly, as well as unjust, to attribute baseness, where no baseness is shown” (Herbert, Henry 338). Both she and Henry had to have been pretty certain that his divorce from Katherine was imminent before they committed to a physical relationship.  This action though would taint her image and encourage gossip. 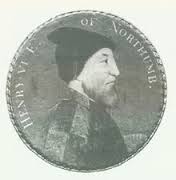 Carlo Capello, the Venetian Ambassador to England, wrote to his superiors a description of Anne Boleyn in late October of 1532, close to the time Henry and Anne’s relationship changed.  “Madam Anne is not one of the handsomest women in the world; she is of middling stature, swarthy complexion, long neck, wide mouth, bosom not much raised, and in fact has nothing but the English King’s great appetite, and her eyes, which are black and beautiful” (Brown IV 824).  Lancelot de Carle, later the Bishop of Riez, said Anne’s eyes were her most attractive feature “always most attractive which she knew well now to use with effect.  Sometimes leaving them at rest and at others, sending a message to carry the secret witness of the heart.  And, truth to tell, such was their power that many surrendered to their obedience” (Riehl 24).  Modern language would refer to her as having star-power or charisma  which was unsettling to people and affected her reputation. Even one of her greatest distracters acknowledged that she was “amusing in her ways” (Sander 25). Nothing less would have kept a man like Henry enthralled and enamored with only her eyes to credit for it.

Anne certainly knew how to make the most of herself.  “She was the model and the mirror of those who were at court, for she was always well dressed, and every day made some change in the fashion of her garments” (Sander 25).  Anne played “well on the lute, and was a good dancer” (Sander 25). Yet, were these talents enough?  Harpsfield questioned how Henry could put aside the virtuous Katharine “for such an incestuous woman, being in all other qualities beside so far inferior to her, as she was in very chastity itself” (Harpsfield 255).  Once again, we are back to the issue of Anne’s reputation.  When the charges against Anne were brought forward, many courtiers who had responded with ‘obedience’ to the pull of her personality needed to justify their actions.  Thus, witchcraft, dishonesty and duplicity were brought forward as rationales. 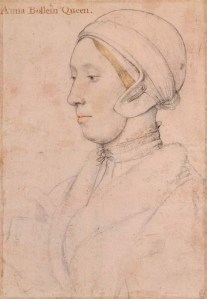 People felt the need even to justify their religious views. Those who did not support the Reformation said “it now appeared how bad that cause was which was supported by such a patron.  But it was answered, that her faults could not reflect on those who, being ignorant of them,” had supported her. (Burnet 115).  People who were less evangelical raised their “hopes of a reaction built on the fall of those ‘apostles of the new sect,’ Anne Boleyn and her relatives…” but those hopes, “were promptly and roughly destroyed” (Pollard 349).

Understanding the religious differences between Anne’s more evangelical leanings and others of the time (be it moderate Protestants and Roman Catholics) one should realize that she was “her Religion, there is no probability that it should (at first) be other than what was commonly profest” (Herbert, Edward 287).  Besides, her views were popular with many in power at the time as she promoted those clergy who shared her ideas.  It is apparent from “original Letters of hers, that she was a special Favourer of the Clergy of that time, and a preferrer of the worthiest sort of them of Ecclesiastical Livings, during her chief times of Favour with the King” (Herbert, Edward 287).

Those of the old faith were much more vocal against Anne Boleyn, “damned as the cause of all the trouble” (Haigh 141). Anne was blamed for the deaths of Thomas More and Bishop Fisher.  Nevertheless she did not leave off her evil conversation, which at length brought her to shame” (Gairdner X 1036). 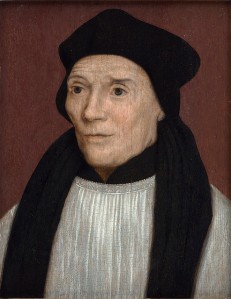 Her religious views were not of the extreme variety at the time (although more so than Henry’s).  While she would have created enemies from those who staunchly followed the ‘old faith,’ she did not initially upset people on religious grounds. Her abrasive personality, her willfulness, and her flirtatiousness were things that created negative responses from people.

We see Anne’s elevation was opposed for her religious views and mostly for her lack of virtue as seen in the eyes of the people of the 16th century.  An interesting emphasis placed on the international element comes from Henry William Herbert.  He asserts that Cardinal Wolsey opposed Anne not because of her religious views nor because of her personally; he opposed her elevation because she was not of foreign royal blood.  Her acquisition of the throne would “alienate and affront foreign Princes, breed intestine strifes, and give undue preponderance in the state, to private families” (Herbert, Henry 340). This interpretation proves interesting.  Anne’s preference for France and Cromwell’s (remember Cromwell was Wolsey’s protégé) for the Imperial faction has been previously discussed as an element in Anne’s downfall in the blog entry Path to St. Peter ad Vincula: Part IV.   Here is another case of the interplay between national, even personal policy and foreign policy.  The King was a being of State.  What he did or did not do effected diplomacy—both foreign and domestic.  To marry a subject created discord amongst the English themselves and frustration with foreign nations as the perceived thwart to their ambitions.  In Henry VIII’s immediate predecessors we have examples of what Wolsey feared—strife within the English aristocracy and disgruntled foreign courts.  Edward IV’s wife, Elizabeth Woodville, yes; Richard III’s wife, Anne Neville, yes; and Henry VII’s wife, Elizabeth of York, yes—although the marriage was contracted as a way to end the factional warfare.